Here we have compiled more than a thousand health information articles so you can have information that is efficient, professionally reviewed, authoritatively sourced, and constantly updated. Search for any topic that interests you, then customize print outs or PDFs.

Plague is an infection caused by the bacterium Yersinia pestis. The bacteria are found mainly in rats and in the fleas that feed on them. People and other animals can get plague from rat or flea bites. In the past, plague destroyed entire civilizations. Today plague is uncommon, due to better living conditions and antibiotics.

There are three forms of plague:

Lab tests can diagnose plague. Treatment is a strong antibiotic. There is no vaccine.

Pneumococci are a type of streptococcus bacteria. The bacteria spread through contact with people who are ill or by healthy people who carry the bacteria in the back of their nose. Pneumococcal infections can be mild or severe. The most common types of infections are:

How the diagnosis is made depends upon where the infection is. Your doctor will do a physical exam and ask about your medical history. Possible tests may include blood, imaging, or lab tests. Treatment is with antibiotics. Vaccines can prevent pneumococcal infections. There are two vaccines. One is for infants and young children. The other is for people at high risk, including those who are over 65 years old, have chronic illnesses or weak immune systems, smoke, have asthma, or live in long-term care facilities.

Centers for Disease Control and Prevention

A poison is any substance that is harmful to your body. You might swallow it, inhale it, inject it, or absorb it through your skin. Any substance can be poisonous if too much is taken. Poisons can include:

The effects of poisoning range from short-term illness to brain damage, coma, and death. To prevent poisoning it is important to use and store products exactly as their labels say. Keep dangerous products where children can't get to them. Treatment for poisoning depends on the type of poison. If you suspect someone has been poisoned, call your local poison control center at 1-800-222-1222 right away.

What is progressive supranuclear palsy (PSP)?

Progressive supranuclear palsy (PSP) is a rare brain disease. It happens because of damage to nerve cells in the brain. PSP affects your movement, including control of your walking and balance. It also affects your thinking and eye movement.

PSP is progressive, which means that it gets worse over time.

The cause of PSP is unknown. In rare cases, the cause is a mutation in a certain gene.

Who is at risk for progressive supranuclear palsy (PSP)?

PSP usually affects people over 60, but in some cases it can start earlier. It is more common in men.

What are the symptoms of progressive supranuclear palsy (PSP)?

Symptoms are very different in each person, but they may include:

There is no specific test for PSP. It can be difficult to diagnose, because the symptoms are similar to other diseases such as Parkinson's disease and Alzheimer's disease.

To make a diagnosis, your health care provider will take your medical history and do physical and neurological exams. You may have an MRI or other imaging tests.

What are the treatments for progressive supranuclear palsy (PSP)?

There is currently no effective treatment for PSP. Medicines may reduce some symptoms. Some non-drug treatments, such as walking aids and special glasses, may also help. People with severe swallowing problems may need gastrostomy. This is a surgery to insert a feeding tube into the stomach.

PSP gets worse over time. Many people become severely disabled within three to five years after getting it. PSP isn't life-threatening on its own. It can still be be dangerous, because it increases your risk of pneumonia, choking from swallowing problems, and injuries from falling. But with good attention to medical and nutritional needs, many people with PSP can live 10 or more years after the first symptoms of the disease.

What is respiratory failure?

Respiratory failure is a condition in which your blood doesn't have enough oxygen or has too much carbon dioxide. Sometimes you can have both problems.

When you breathe, your lungs take in oxygen. The oxygen passes into your blood, which carries it to your organs. Your organs, such as your heart and brain, need this oxygen-rich blood to work well.

What are the symptoms of respiratory failure?

The symptoms of respiratory failure depend on the cause and the levels of oxygen and carbon dioxide in your blood.

A low oxygen level in the blood can cause shortness of breath and air hunger (the feeling that you can't breathe in enough air). Your skin, lips, and fingernails may also have a bluish color. A high carbon dioxide level can cause rapid breathing and confusion.

Some people who have respiratory failure may become very sleepy or lose consciousness. They also may have arrhythmia (irregular heartbeat). You may have these symptoms if your brain and heart are not getting enough oxygen.

How is respiratory failure diagnosed?

Your health care provider will diagnose respiratory failure based on:

Once you are diagnosed with respiratory failure, your provider will look for what is causing it. Tests for this often include a chest x-ray. If your provider thinks you may have arrhythmia because of the respiratory failure, you may have an EKG (electrocardiogram). This is simple, painless test that detects and records your heart's electrical activity.

What are the treatments for respiratory failure?

Treatment for respiratory failure depends on:

One of the main goals of treatment is to get oxygen to your lungs and other organs and remove carbon dioxide from your body. Another goal is to treat the cause of the condition. Treatments may include:

If you have respiratory failure, see your health care provider for ongoing medical care. Your provider may suggest pulmonary rehabilitation.

If your respiratory failure is chronic, make sure that you know when and where to get help for your symptoms. You need emergency care if you have severe symptoms, such as trouble catching your breath or talking. You should call your provider if you notice that your symptoms are worsening or if you have new signs and symptoms.

Living with respiratory failure may cause fear, anxiety, depression, and stress. Talk therapy, medicines, and support groups can help you feel better.

It's your life - Live it independently! It is inevitable, the more miles we put on our bodies, the more challenging it becomes to do the things we simply took for granted in the past. Sometimes, family members and friends are unavailable to help out. As a result, living independently becomes difficult, and you may experience problems with everyday tasks. 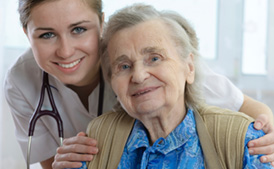 When home health services covered by Medicare or your insurance company are not enough, you or your family may benefit from our private duty services. We can provide nurse and aide services to supplement the care you are receiving to speed your recovery or simply give your family a break. Our services include: RN and LVN Visits Case Management, Home Health Aides, Private Duty...

Many patients who have had surgery are not prepared to care for themselves following discharge from the hospital or outpatient surgery center. Imagine if you or your family did not have to go through the recovery process alone. Uptown Homecare provides professional surgery recovery services, customized to your indidivual needs. Managed by an RN, our personalized service ensures that you...